Banner head to the review of the 1969 Fair in "Practical Electronics" magazine, November 1969.

The Trade Fair mounted by the "British Musical Instrument Industries" - later known as the "Associated Musical Instrument Industries" - was the most important showcase for instrument manufacturers in Britain in the 1960s and 1970s. Vox regularly revealed new items and forthcoming lines at the shows. Reports of the fair were published annually by "Beat Instrumental" magazine, "Melody Maker" (usually several pages), and other music journals.

For the show in August 1968, the first showing of "Vox Sound Equipment Limited", see this page. 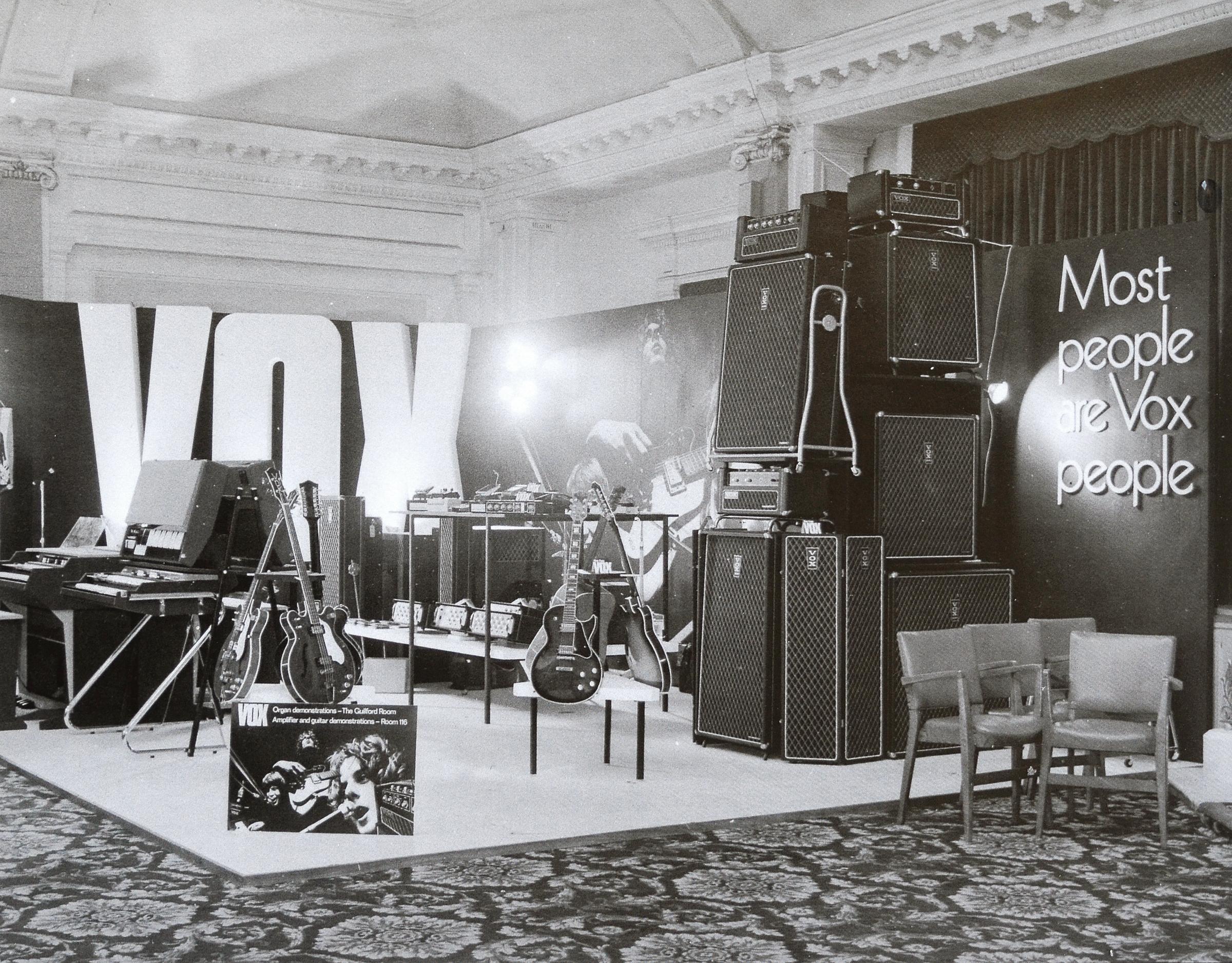 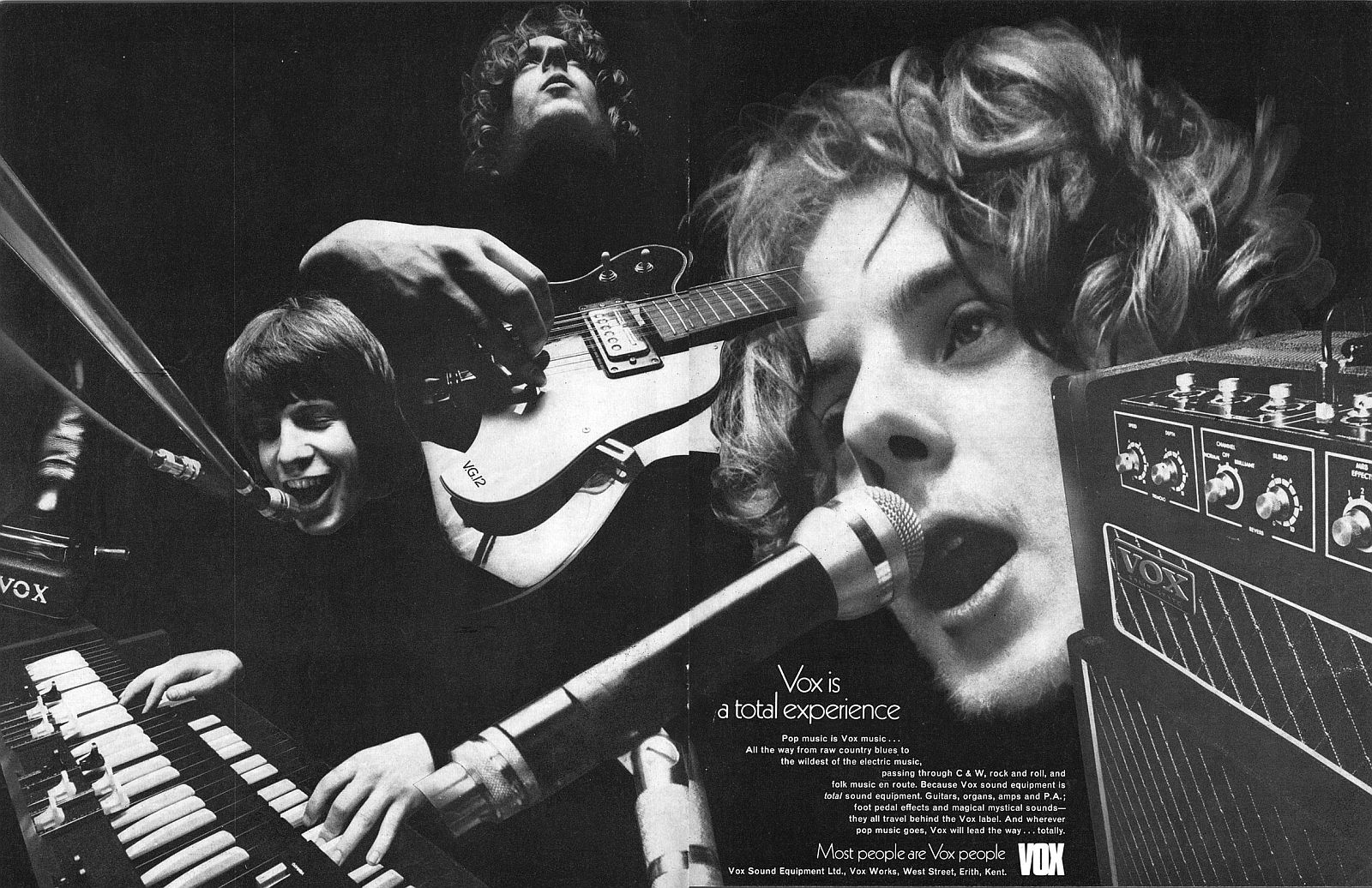 "Beat Instrumental" magazine, August 1969. The advert can be seen in large format in the picture above. 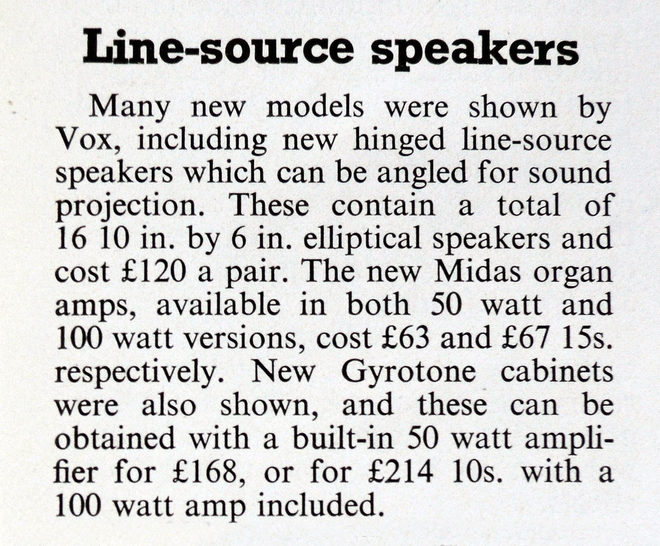 Line source speakers; the Midas organ amplifiers and the Gyrotone.

The review of the show printed in "Practical Electronics" magazine, November 1969, says nothing of Vox unfortunately, though there are interesting sections on Tom Jennings's company - "Jennings Electronic Industries". 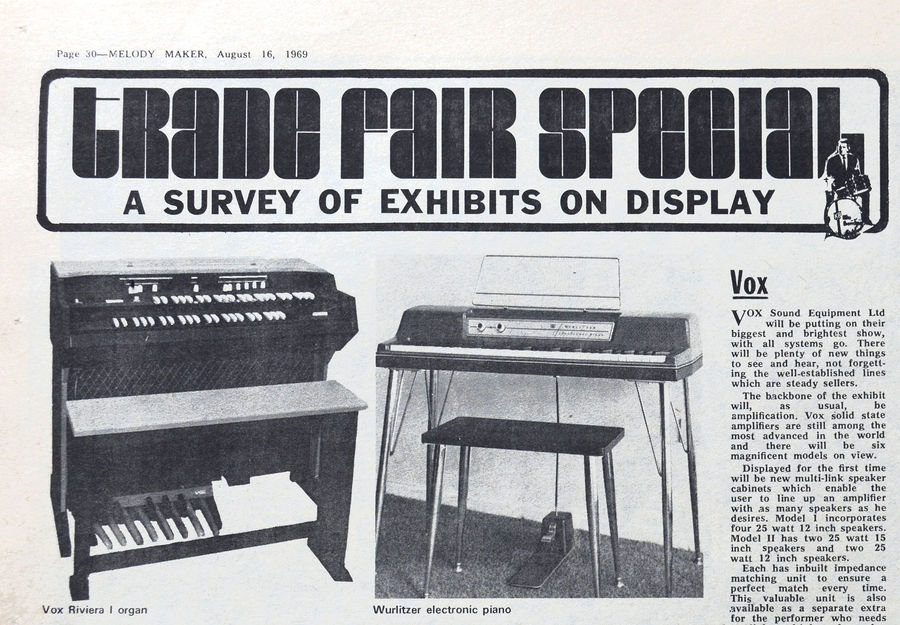 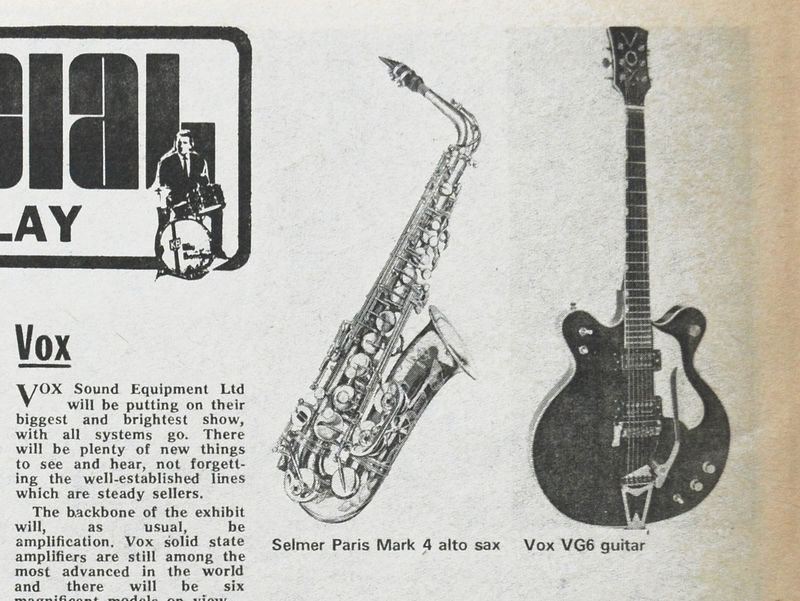 Back to the page on VSEL at the Trade Fair of August 1968.