Conqueror, Defiant and some Supremes.

The earliest type of cabinet mounts used by JMI are to be found on "piggy-back" amps in the Domino range. JMI effectively copied Fender, which it distributed in the UK until late 1964. 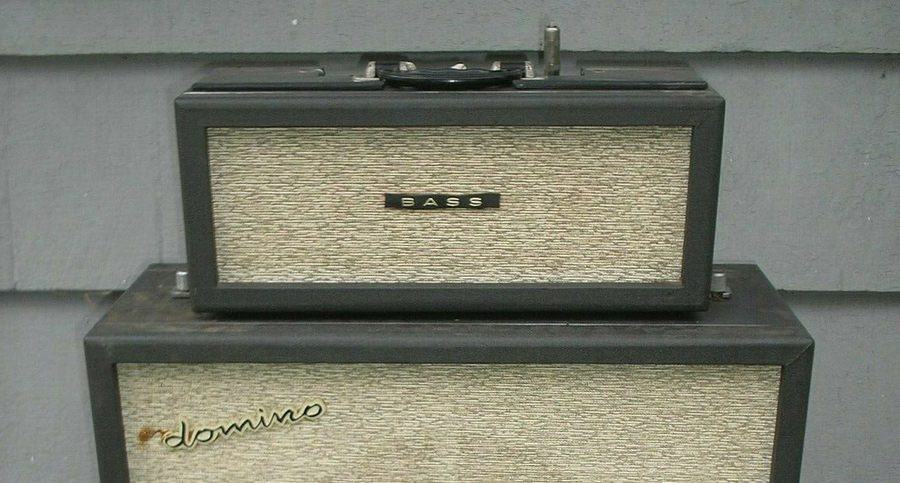 In early 1966, a new solution was devised by JMI for the UL710, the 10 watt "piggy-back" amp and cab in the 7-series - two metal tongues that slotted into loops on the underside of the amp. The tongues were held fast by a scalloped thumb screw. 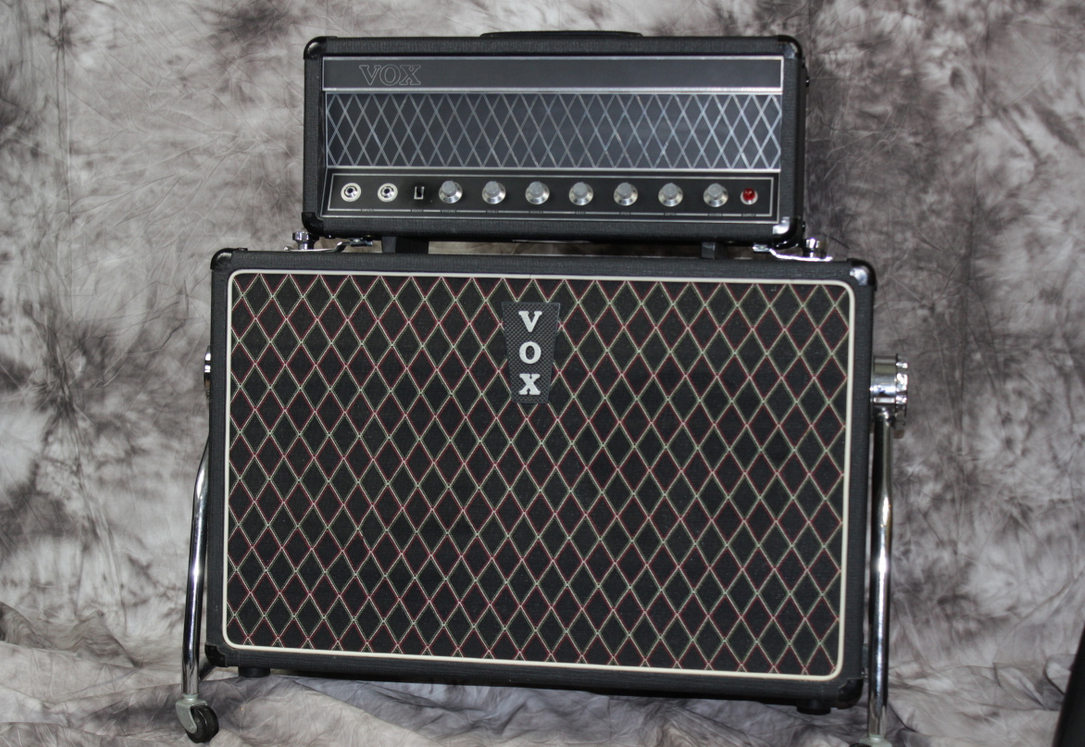 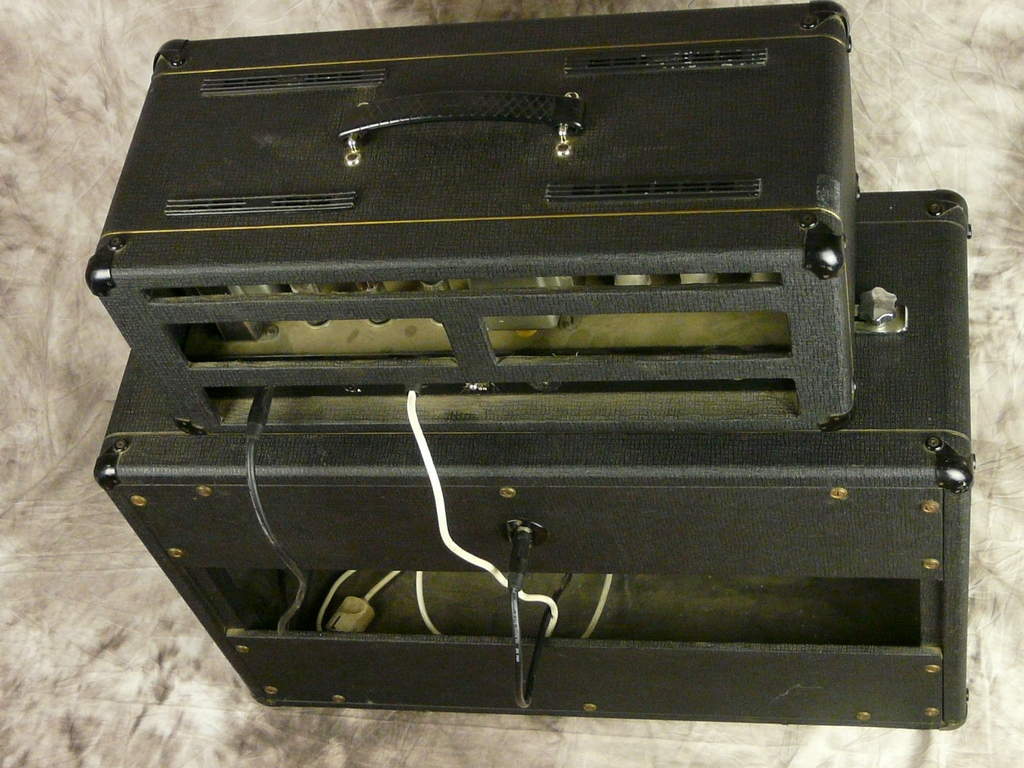 Above, a Vox UL710. Note that the pivot point of the side stands is relatively high on the side of the speaker cabinet.

In 1967, JMI effectively took the solution that had been worked out for the UL710 and applied it to the Conqueror and Defiant initially, and later in the year to Supremes sold with tilt-back stands (rather than full trolleys).

However, for the solid state range there was a small difference in implementation - an advance on the arrangement devised for the UL710. A rubber stopper was fixed to the side of the speaker cabinets to stop the unit tilting too far back. This works well.

The screw thread on top of the speaker cabinet is 1/4" Whitworth - still used these days on camera tripods the world over. 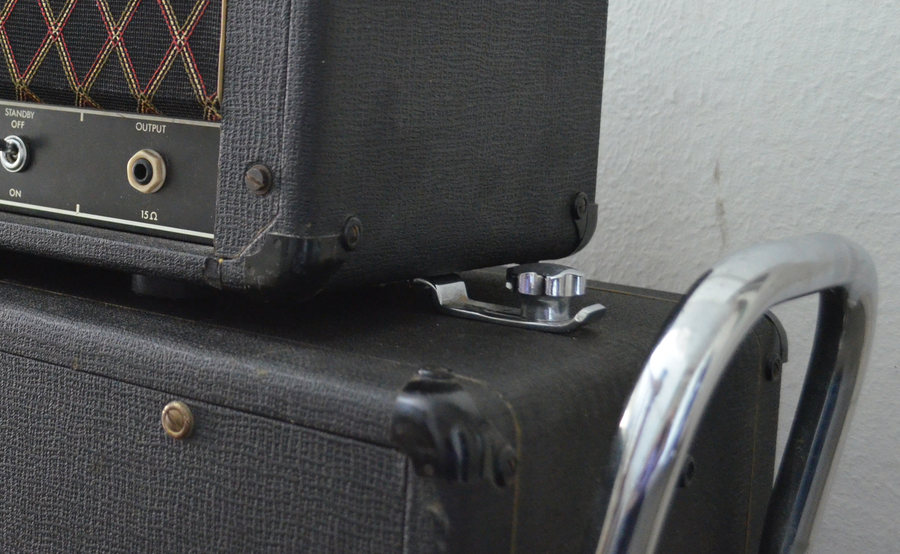 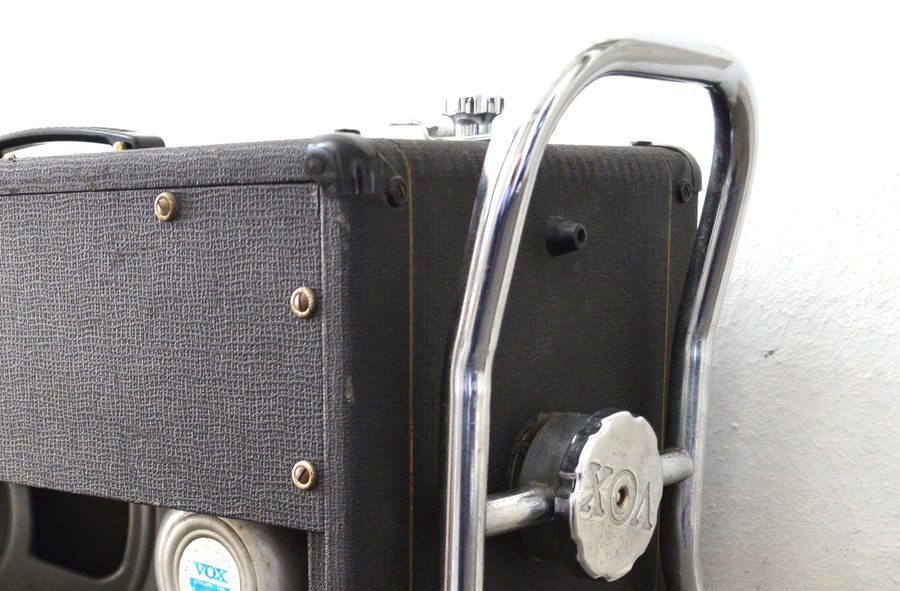 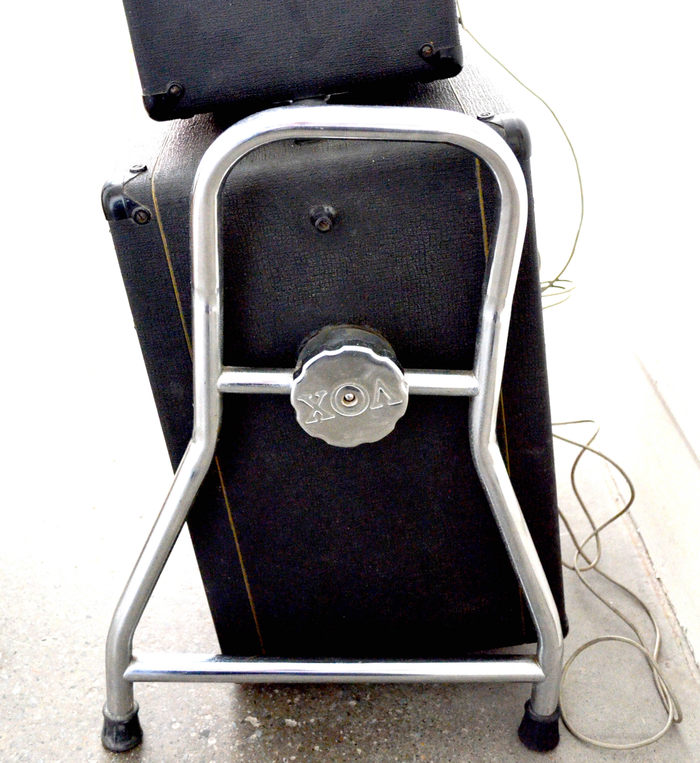 Speaker cabinets designed for use with Supremes in tilt-back stands (rather than trolleys) were provided with two ancillary screws - "stoppers" really - to prevent the amplifier section pulling the tongues forward or back. Later (static) Companion cabs were fitted out in the same way.

In this picture, the hand screw is seen screwed into the screw reserved for it on the top of the speaker cabinet. Supreme (and "Companion") speaker cabs are only a few inches wider than Supreme amplifier sections. The two smaller stopper-screws keep the tongue parallel to the front and back edges of the unit.

Below some pictures of the bracketry. The shape of the hand-screw was simplified c. 1970, but the form of the "tongues" remained the same. 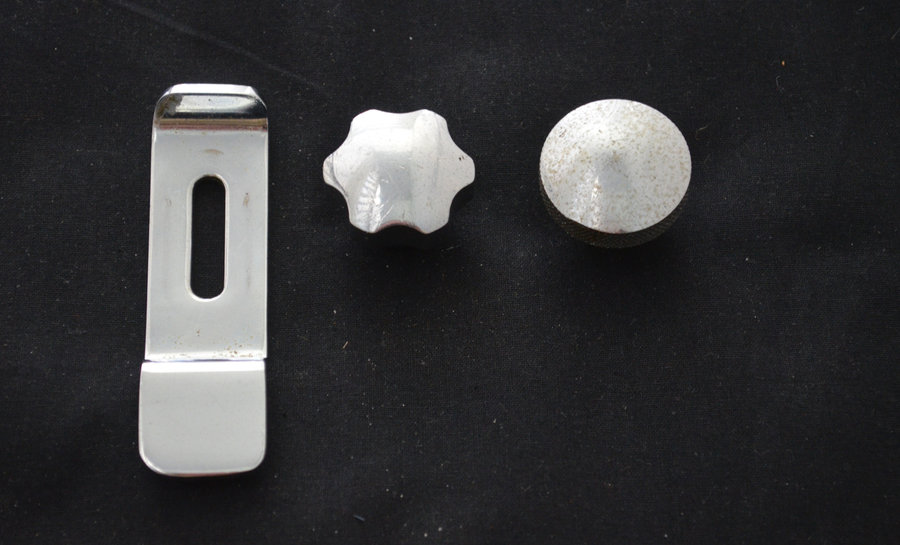 Left to right: one of two "tongues" required for fixing the amplifier section to its speaker cabinet; an early hand-screw (1967); a later hand-screw (c. 1971). 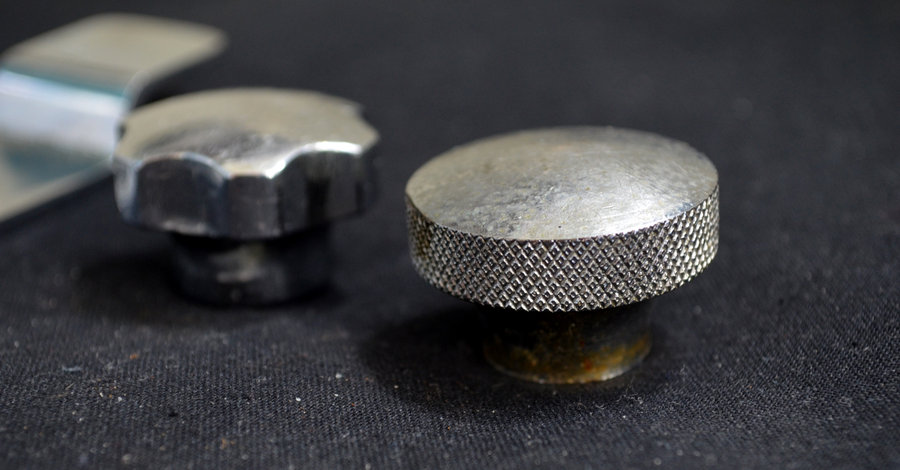 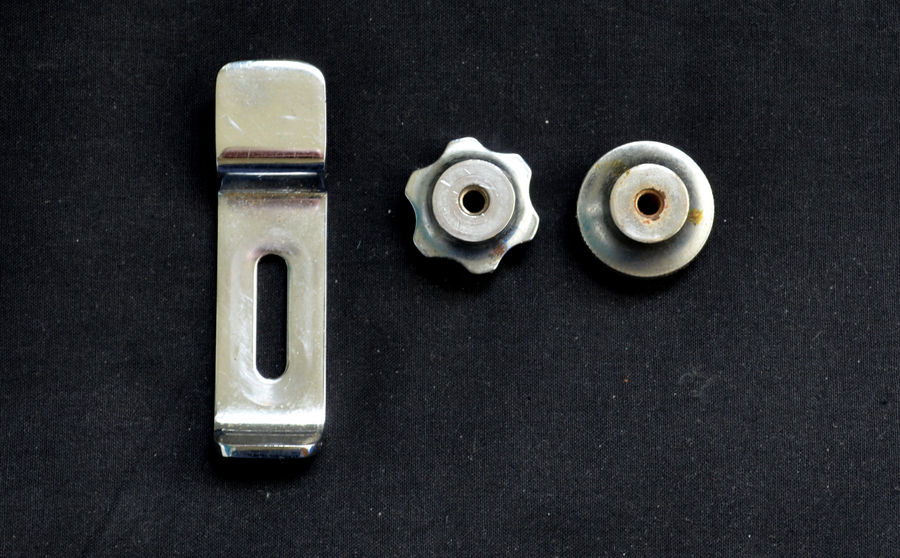 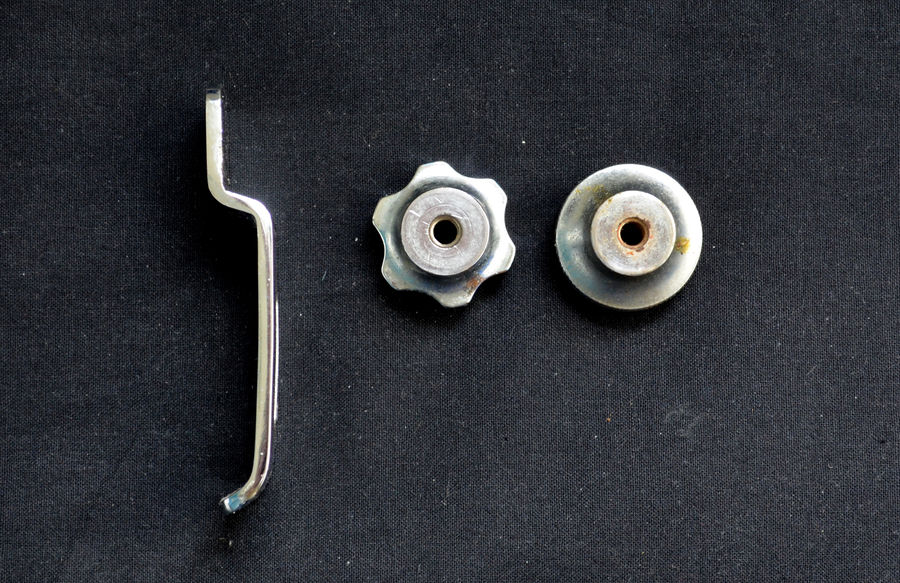 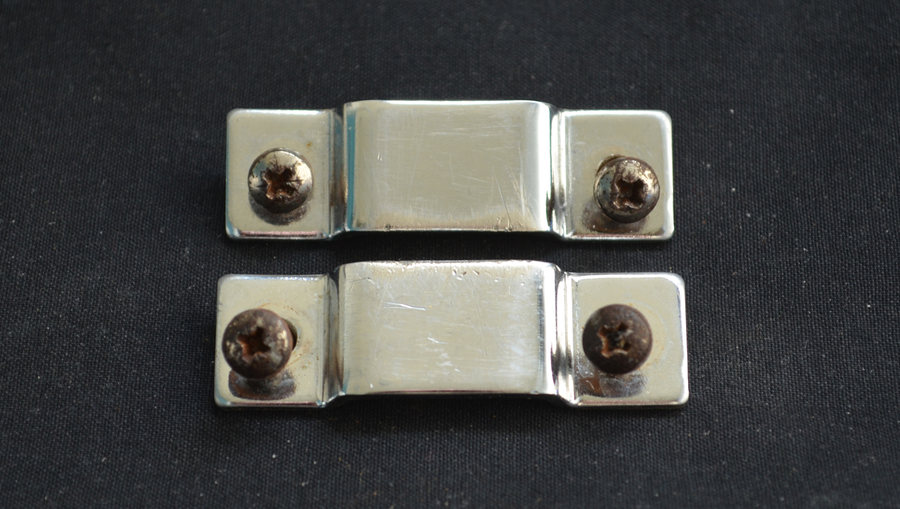 Two loops from the underside of an amplifier section. 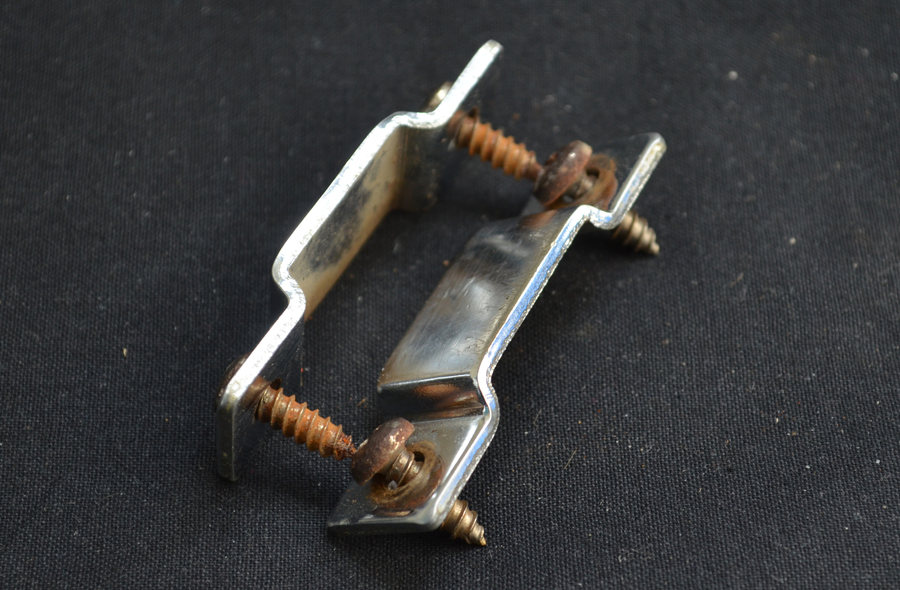